The Davidson College QSN Chapter provides a welcoming and supportive community for its members. QuestBridge Scholars can engage in chapter activities, apply for leadership positions, and participate in opportunities offered nationwide through QuestBridge, including access to QuestBridge Alumni Association resources.

Founded in 2012, the Davidson QSN Chapter acts as a support system for high-achieving, low-income students The chapter strives to create an environment in which students can openly discuss socioeconomic issues, raise awareness about socioeconomic diversity on campus, and serve the local community. In past years, the chapter has collaborated with a variety of different organizations both on and off-campus, has offered a Quest Mentoring Program to support first-year students, and has hosted major campus-wide events, including a clothing drive for Crisis Assistance and a Privilege Walk, encouraging conversations about differences in race, gender, sex, and socioeconomic status.

In 2017, the Davidson QSN Chapter was awarded the Spirit Award for National Quest Day — an honor that only one QSN Chapter receives each year for their display of creativity and pride in their QuestBridge Scholar identity.

In addition to group activities, there are always opportunities for underclassmen to get involved in chapter leadership and initiatives. Each year, newly appointed chapter leaders and Executive Board members work together to plan new programming to ensure chapter members feel welcomed and engaged.

To get in touch with the chapter, contact davidson.chapter@questbridge.org.

Please note that chapters may not be able to respond to all inquiries. If you are a prospective student with questions about admissions or financial aid, reach out to the school directly. 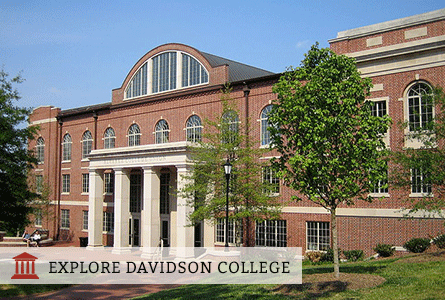