The QuestBridge Scholars Network at Northwestern

The Northwestern University QSN Chapter provides a welcoming and supportive community for its members. QuestBridge Scholars can engage in chapter activities, apply for leadership positions, and participate in opportunities offered nationwide through QuestBridge, including access to QuestBridge Alumni Association resources.

Founded in 2008, the Northwestern QSN Chapter aims to create a strong support network, and to to advocate for its members before, during, and after their undergraduate experience. In past years, thanks to a partnership with Student Enrichment Services, the Northwestern QSN Chapter has received assistance in advocacy efforts and has allowed members to voice concerns to university leadership.

Dedicated to building a strong community and support network, the Northwestern QSN Chapter has hosted a variety of fun social programs, including a Thanksgiving event, called QuestGiving, during which Scholars can gather to celebrate the holiday. In addition to group activities, there are always opportunities for underclassmen to get involved in chapter leadership and initiatives. Each year, newly appointed chapter leaders and Executive Board members work together to plan new programming to ensure chapter members feel welcomed and engaged.

To get in touch with the chapter, contact northwestern.chapter@questbridge.org.

Please note that chapters may not be able to respond to all inquiries. If you are a prospective student with questions about admissions or financial aid, reach out to the school directly. 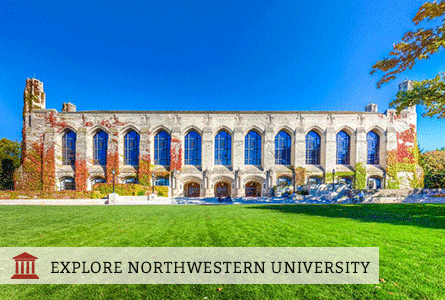